​Tristan is also part of the Vision Collective - a team of experienced psychics, mediums, and energy healers who help bring awareness, spiritual awakening, and provide empowering tools through classes and events.
​
In addition, Tristan is also the artist behind Arcadia Jewelry Art - click here to learn more.
Message from Tristan:

I am a native of Atlanta, GA. In 2013, I decided to make a full life transformation. I had come out of a toxic marriage, and through that I learned to be silent and listen to my higher self. I prayed to God many, many days and nights and I felt a pull that Atlanta no longer served me.

This is how manifestation works:

When I was around 21 years old (the year 2000), I made a website. It had a guestbook where strangers could leave a comment and "sign" it. One day, a young woman left a message that said, "I have been on this site for hours now and I feel like I already know you." The signature was: Vampriss98. Years later I can find this funny. :)

I emailed this person back and found out that she lived in Tucson, AZ - a place that I lived for 1 year in High School and loved it. We talked for a few months online, then fell out of touch.

When I turned 22, I worked for Delta Air Lines and could fly anywhere for free - I miss those days!!! I decided to fly to Tucson to see some old friends from my Junior year of High School. I had been feeling depressed in Atlanta, and the trip to Tucson brought me sense of joy. When I went back home to Georgia, I packed my belongings, put in my notice at work, and was ready to hit the road! My grandmother kept me company on my road trip to Tucson to start my new life.

Fast-forward 1 month: I was reunited with dear friends and scored a nice job at AOL/Time Warner (remember AOL?). One of the friends I hung out with again was my ex-girlfriend from High School. We realized that she was friends with "Vampriss98" and she invited her to a party at her house. I remember it like it was yesterday. I was sitting out on the patio, playing Cranium - a board game. I had seen photos of this "vampriss" so I was familiar with her.

Later into the night, I looked up and saw her at the patio doors. Her smile lit up the world, it felt. My jaw loosened and my heart beat quickened. There was something about her, beyond just hormones. We talked for hours that night. It was very natural and just easy for us to go from one topic to the next. I couldn't tell if she had felt anything or not, but knew she was in a relationship... and so was I. We had a thick barrier between us to be anything but friends, as we are both loyal & faithful people.

Vampriss98 has a name, and it is Amy.

Amy and I stayed friends, though at times, it did feel like an emotional relationship. The young woman I was dating ended up cheating on me, and I took her back eventually. It wasn't the best idea knowing now what would happen, but it had to happen. I moved back to Atlanta and my girlfriend came with me. I was losing touch with Amy. After some time, my relationship ended. More time passed on, then Amy called me one day. The person she was with had been cheating on her.

It was a strange thing for us to have such a connection, but to remain faithful, and the ones we were faithful to were unfaithful with us. But, we did the right thing!

My hopes sparked thinking this could be the time for Amy and I to be together. I flew out to Tucson and met Amy at a nightclub we used to attend weekly for 80s night. We reconnected easily and the night felt incredible, until the moment I leaned in to kiss her. She backed away and told me that she had started seeing someone just a couple of weeks prior. In my head, I thought NOOOOOOO this can't be! This is our chance! Our moment! I walked her to her car, then flew back to Atlanta. We talked more on the phone until eventually Amy told me our relationship, though not physical, felt like emotional cheating.

We didn't speak for 8 years.

During that time, I would tell this story, and always say I was "Chasing Amy" - like the title of that 90s film. In my mind I had seen us together, I felt it, I believed it, but now we couldn't be in each other's lives. While I moved on, even getting married, I would still think about Amy - even dream about her. I couldn't shake the memory of her and the impact of her presence in my life.

When 8 years approached, I saw Amy on Facebook and realized she had finally graduated and became a doctor. Even when we were in our early 20s, she was in school full-time working towards this, while also working at the hospital at the same time. I was very proud of her and wrote a simple congratulations message... then, was hesitant to press send, but found the courage to do so.

I didn't hear back from her for several months, until I received a message with two words: Thank you.

It was a moment where I was happy to hear from her, yet it felt like a kick in the gut to only get such a simple reply. I ran with it. I messaged her back catching her up on my life, then with all bravery, I sent her a friend request. By this time, I was getting a divorce. I had been separated already for almost a year. I was finally seeing the light at the end of that very, very dark tunnel in my life.

Months later, I noticed that Amy had accepted my friend request. Then one night, she called me. She already had a drink or two, which I'm sure helped her nerves to speak to me again after so long. It was like time never had distance between us.

We picked up right where we left off and talked for hours. She was still with the same person she had been with, but they were having problems. I was much older and wiser, and knew I wanted to have Amy as a friend, so I sincerely gave her advice to help her relationship. I had seen plenty of counselors with my ex wife. From deep inside, I hoped Amy's relationship could be restored if it was best for her.

Then, the unexpected happened. Her partner left. Amy was now the one going through hell. The snowball effect hit her hard with one bad thing happening after another. My heart broke for her. I was there as her friend on the phone, listening to her, and offering a virtual shoulder to cry on. We talked at least once a day, growing closer.

The summer arrived and by the end of August, I flew to Portland. I was very nervous to see Amy again. Our conversation has hinted at flirtation and she even admitted to her feelings for me in the past, and how she also couldn't stop thinking about me over those 8 years. We had remained connected in spirit.

My heart raced as I knocked on her front door. I heard her from inside yell out, "What?!" from her excitement. She opened the door, and my eyes saw the face of the woman of my dreams - literally. I walked inside and we embraced, it was warm and comforting. Then, Amy pulled away from the embrace and kissed me.

I was no longer chasing Amy... I was now with Amy. 13 years after we first spoke.

3 months later after my 1st trip to Portland, Amy flew out to Atlanta and we took a long road trip to my new home.

It's now been almost 6 years, and I reside in the Pacific Northwest with Amy - my fiance', two chihuahuas (Glitter & Daisy), and step-cat (Jackson). My dream became a reality.

A little more about me: My two top places to recharge is the Oregon Coast and Sedona, AZ. Mentors that have helped guide me, include: Karen Frazier, Karen Wells, Tania Magdalene, and Aimee Phlegar. I also hold the late Dr. Wayne Dyer in the highest regard. His teachings helped change my life. 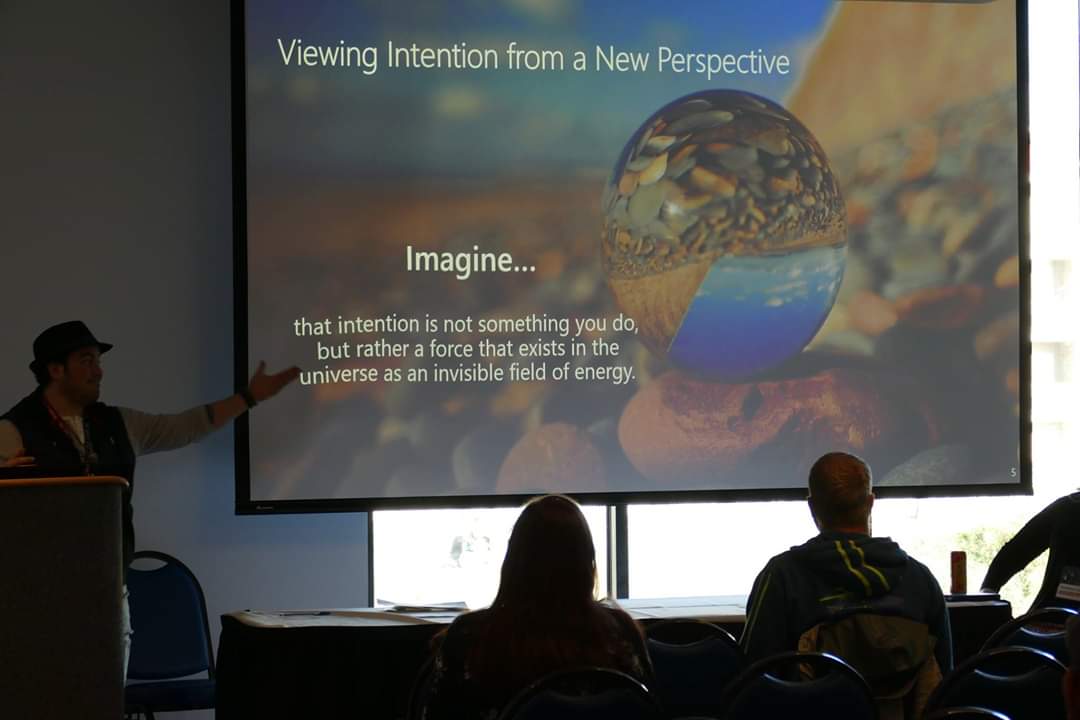